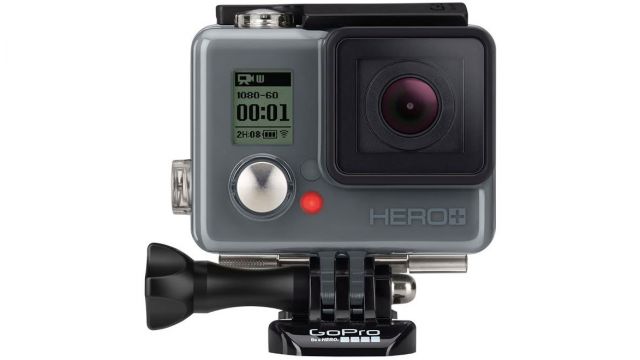 GoPro has struck again.  The company’s announcing a new entry-level action camera today. It ranks as one of the cheaper models, Its launch is actually scheduled for 4 October.  it comes in at $199.99.  In reality, GoPro presented two distinct models: the Hero + WiFi on one side, and the Hero + LCD on the other side. And the LCD version will cost exactly 299,99 dollars.

The manufacturer presents its new model as the “entry-GoPro equipped with Wi-Fi.” capable of recording  1080p @ 60fps video like the Hero 4 model. instead of the traditional 1080p @ 30fps. coming to the camera side  8 megapixel still images(up from 5-megapixel) with the same quality of image for which is known GoPro, Says GoPro founder and CEO Nicholas Woodman. And the product is still and  the new model is still able to go underwater up to 40 meters (131 feet) thanks to the dedicated pouch. But very good idea of GoPro having with this new product and Bluetooth connection,  it will be possible to rely on the embedded Bluetooth chip to transfer their photos to the other terminal.  It is already available on high-end models, Basically, the offer of GoPro is based on six different cameras. The Hero4 positioned on the high end.

Unlike the model to 129 dollars, the GoPro HERO + acquires technology Low Light Auto, which automatically adjust the number of images captured per second for better lighting in low light scenes. all with a battery life of 2 hours, Incidentally, the HERO + also loses 20 mAh when comparing to its predecessor, powered by the 1160 mAh battery power. Finally a minimal loss for the user  on the data sheet. The camera will go on sale October 4 on the official website of GoPro.  GoPro announced that the various accessories already available for other models and compatible with this HERO +. Along with the arrival of this new model, GoPro announced a price reduction for its Hero4 Session. It will  be available at 299.99 $ against 399.99 $ earlier.