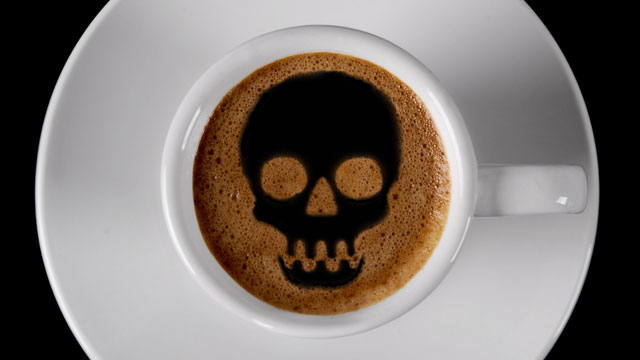 Caffeine and nicotine are typically considered as legal and socially accepted drugs. They are actually mildly toxic when taken in typical quantities. Numerous negative health effects of excessive nicotine consumption and its addictiveness symptoms are common knowledge even for frequent coffee drinkers. Caffeine is also present in many different foods and drugs. Not just in coffee, but also in tea, various energy and soft drinks. Smaller amount of caffeine can be found in candy bars and multiple over-the-counter analgesics and cold remedies and analgesics. In fact, it is consumed each day by about 80 percent of the population. Smaller doses of caffeine may increase alertness, but we can get serious health risks from ingesting larger quantities. That’s the reason; we need to avoid long term uses of caffeine. We know that small doses of caffeine will increase alertness. However, why aren’t the unfavourable effects of caffeine doesn’t become common knowledge? Many smokers who wish to quit usually attend specific treatment programs while consuming therapeutic drugs. Various warning labels are placed on every pack of tobacco products. Smoking is widely recognized as a major cause of cancer and lung diseases. It could also cause stroke and coronary heart disease. Nicotine dependence is more visible, because caffeine consumers are usually less apparent. So, where are those warnings labels that remind us about health risks associated with consuming larger quantities of caffeine?

Recent evidences have suggested that slight acute benefits are gained from daily caffeine consumptions. While the withdrawal of caffeine consumption may cause reduced mood and alertness as well as degraded performance. Consuming more caffeine would reverse these effects. But it is clear that caffeine may increase anxiety; particularly in susceptible individuals.

Caffeine is known for causing clinical-dependent syndrome. Common symptoms include but usually not limited to hyperactivity, talkativeness and feelings of euphoria. Higher levels of caffeine could cause anxiety and frequent sleep disturbances. When their consumption of energy drink is gradually discontinued, many of the symptoms may completely be disappeared. Any negative symptoms should disappear and it will not return in years after progressive discontinuance of caffeine. Unfortunately, many children and adolescents may receive insufficient details on caffeine side effect. So, they may have a tendency to ingest larger quantities of caffeine through sweets, chocolate and beverages. In the US, the allowable limit of caffeine is 200milligrams for each liter. A can of energy drinks may contain caffeine at higher levels above the limit set by FDA for sodas.

Caffeine could make our heart beat very fast and it can constrict our cerebral blood vessels. Caffeine could delay our onset of sleep, so we will have much reduced total sleeping time. This substance may also produce various gastrointestinal problems. It should be noted that caffeine is a risky substance for women in pregnancy because there’s a possibility that it will cross the placenta. People with hypertension should know that caffeine can progressively increase their blood pressure. People with high caffeine levels in their blood also do not perform well on various verbal reasoning tests.