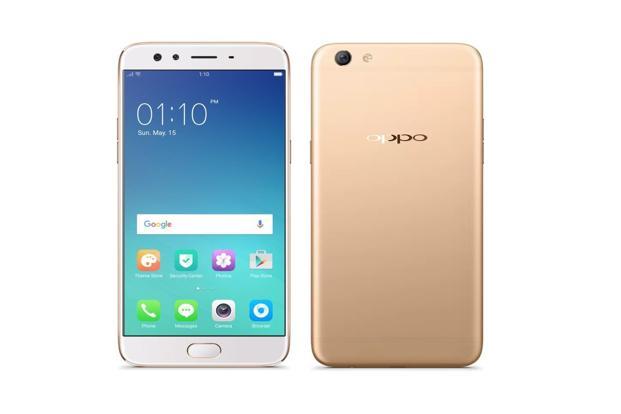 A new addition to the line of products manufactured by the Chinese electronic company Oppo- a subsidiary of BBK Electronics Corporation, Oppo F3 Plus is a dual sim phone released in first week of April 2017. With the enhancements in features and specifications as compared to its already popular predecessor phones, it is said to up the level of the phones in its price range category.

The brand has got huge customer base in the past some years due to some previous models which had exceptional features and hence performed well in the market. Usually, the brand has launched the devices in the medium price segment only, and hence the customers in this segment are turned to this brand to a huge extent. The features and look are the primary drivers of the popularity of this device in this wide segment, and because of that only it has left the rival brands far behind in the competition. The market share of the company in the smartphone market is consistently shooting with the launch of every new model which has made the rivals to raise their bar and move fast in the competition.

The body of this device and look have made it much popular in the market. Its body has a metallic case- a height of 163.6 mm and width of 80.8 mm with the sleek thickness of 7.3 mm. It is available in colours black and gold. It has a display of 6 inches with the full high definition resolution of 1080 x 1920 pixels. It has a pixel density of 367 ppi and flaunts a display type of IPS LCD. Its screen is protected by Corning Gorilla Glass v5. It has a capacitive touchscreen which allows multitouch. It features a screen to body ratio of 74.9 percent. This helps the user to have easy to operate and firm command on the operation.

It works on the platform of the operating system of 64 bit Android v6.0 Marshmallow. It features a chipset of Qualcomm Snapdragon 653 MSM8976 Pro. This device has an octa core processor with 1.95 GHz quad core cortex A72 and 1.44 GHz quad core Cortex A53. It features the graphics of Adreno 510 and possesses a RAM of 4 GB. Its internal storage has the capacity of 64 Gb which is expandable up to the size of 256 GB. It also supports USB OTG. Hence those who always worry about the limited memory on the device can relax now as this device has brilliant features of the memory that can prove much useful. The songs, videos, movies and images, as well as important documents, can easily be stored on this device.

Its primary camera has a resolution of 16 MP and exhibits the usage of Exmor-RS CMOS sensor. It has a face detection autofocus feature. Its aperture size is 1.7F. It also features optical image stabilization. It has dual colour LED flash and provides an image resolution of 4616 x 3464 pixels. Its settings include the options of exposure compensation and ISO control. The various shooting modes included in it are continuous shooting and high dynamic range mode. The additional camera features include digital zoom, auto flash, face detection and touch to focus. The video recording is ahigh definition at 3840 x 2160 pixels at 30 fps. Due to such wonderful features of the camera only the brand, as well as the users, love to call as a camera phone rather a smartphone.

For the front camera, which is dual, the resolution has been set to 16 MP + 8 MP. They utilize the CMOS sensor. They have an aperture of 2 F, but there is no service of flash. The video recording on this device is done at 1920 x 1080 pixels at 30 fps. For those who have to travel frequently and love to capture images at various locations, there can be hardly any other device better than this one.

The battery has a capacity of 4000 mAh. It has a Li-polymer battery which is not user replaceable. It comes with the facility of quick charging. It also exhibits fingerprint sensors which are positioned at the front. The other sensors available on this phone arelight sensor, proximity sensor, accelerometer, compass, and gyroscope. In short, it is a powerpack device in the medium price range across the market.

It provides a network of 4G, 3G, and 2G with the nano SIM size. It supports Wi-fi, mobile hotspot, Bluetooth v4.1, and A-GPS. The NFC service is not available with this set. It offers the USB connectivity of microUSB 2.0. The service of FM radio is not available as well. Its audio jack is set to 3.5 mm.  Due to lack of FM, the music lovers can feel disappointed.

With the enormous internal storage, a great limit of expansion, storage of large amounts of data is no longer a concern. Oppo F3 Plus exhibits some unique features, keeping in mind its price range. It is the thinnest phone which is available in the price range of Rs30,000. For the same price range, it is found to have the best specifications as compared to its contemporaries, and it is ranked number 3 in the list of phones with dual SIM which features a quad-core processor. It is bigger and better than all those to have come before it in the line of Oppo Smartphones.

It is criticized for not featuring Android Nougat which is what the newly released phones of other companies have employed. Its display is said to be oversaturated, and it is known to heat up slightly. But these few shortcomings cannot completely overshadow its advantages. Its ergonomic design with the great front and rear cameras along with the enhanced quality of the recorded audios are one of the many things that make it desirable. As the competition in this price range is tough, this model may have to struggle in the market, but it is too early to judge and hence let the time tell the rest of the tale.