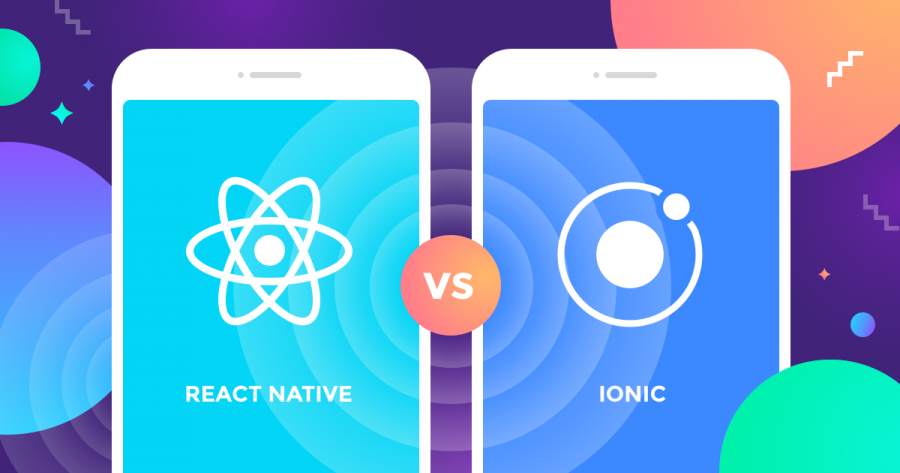 In today’s world, people are spending a majority of their time on mobile, and this pandemic era has affected life in such a way that now for even basic needs like ordering groceries or shopping for clothes, one has to turn on their phone and browse the respective mobile applications.

Similarly, all the businesses, be it small or large, to expand their customer range, are being available in all possible ways to their customers and are getting developed the mobile applications exclusively for their business products and services. Mobile applications have become one great medium of digital interaction through various devices like mobile phones, tablets, smartwatches, etc.

The innovative methods, updated technologies, and frameworks support the mobile developers in creating some amazing mobile applications which are not just customer friendly but also fast, economic, and very powerful.

WHAT IS REACT NATIVE MOBILE FRAMEWORK?

It was first introduced in the market in 2015 by Facebook and has been used widely since then by various companies.

React Native is used to developing native mobile applications using React as well as JavaScript on both the platforms, iOS, and Android.

Some of the key benefits of React Native is mentioned below:

This platform performs by interacting with the native components of Android and iOS and generates the codes to native APIs which are independent and without any interference. This ultimately results in amplifying the performance and improving it to a level.

b) Pre-developed components and reusability of the code

As mentioned above, a single codebase is used to develop the apps for both Android, and iOS, almost 90% of the React Native codes are re-used for Android and iOS. It save both time, and effort of the developers.

In many of the businesses, they already have an application written in React, hence much of the code can be re-used to develop a new mobile application and it further reduces the development cost. You may choose to Hire React Native Developers India with flexible hiring models including monthly and hourly and save the development cost upto 40%.

As this framework is community-driven so one can easily connect to any of the leaders to seek any guidance from the other developers. They can cross-check, review each other’s work within the community.

Also, as it is an open-source framework, hence any of the developers within a community can examine all sorts of documentation related to this technology and that too without any cost or charge.

It helps to perform the works parallelly like when the app is running, one can see the new versions of the file while editing ‘alive’. Thus, one does not lose any of their states and it is useful while one is customizing the user interface.

Bloomberg, TESLA, Facebook are some of the users of React Native.

WHAT IS IONIC MOBILE FRAMEWORK?

It is an open-source software development kit and was developed in 2013 for hybrid mobile applications. It allows the user to use standard technologies like JavaScript, CSS, and HTML to build high-quality apps which are cross-platform based.

This framework is officially integrated with React.js, Angular, or Vue thus one can easily get support from there and overall, it covers almost 4% of the total mobile market.

Some of the major benefits of the Ionic mobile framework are given below:

a) Easy tool to learn

Ionic studio is designed for the developers from where they can easily select and combine all the development components into a single environment. For front-end developers, it is quite easy to learn the tools of the Ionic framework.

Ionic frameworks have in-build testing & debugging tools and which make the test to be very convenient and fast as well.

Ionic framework has a wide range of UI components and building blocks that allows to access the features of the phone.

Marketwatch, Untappd, Sworkit are some of the users of Ionic.

Below marked are some of the parameters based on which the React Native and Ionic are different from each other:

React Native is native while Ionic is hybrid. A native app is built in a specific programming language for either Android or iOS platforms and that too with a single codebase. The apps built using React Native have a better experience.

Ionic uses CSS, HTML, Javascript to build such apps which can be used on desktop, mobile, and other digital devices. Here the code is re-used against multiple platforms.

Thus, if one is looking for a decent UI that matches the interface of the website with the mobile app, Ionics is the best option for them. But if the product is completely on mobile app only and needs to work on various platforms with the look and feel of the native app, then one can use React Native.

React Native is developed in Javascript using the React framework. Here the UI is written in JSX. It gives a seamless experience to the user by adapting native behavior which results in giving full focus on the UI.

While Ionic offers the complete Software Development Kit (SDK) to develop hybrid apps. It is built on Angular and is loaded with many pre-built components which helps in a smooth and faster experience.

Learning React Native is an extremely easy task for the React developer as the basic concept is the same. But those who are completely new, have to learn JavaScript and React to learn React Native. Hence, here the learning curve is quite steep if someone is not aware of React.

Whereas in Ionic the stack of technology is flexible and one can use CSS, HTML, or JavaScript with their choice of frameworks like Angular, Vue, Knockout, or any other kind of framework. Thus, the learning curve over here is a progressive and not steep one.

The performance of React Native is closer to the native one and while using the same blocks, it gives the feel and looks of native mobile apps.

While iconic on the other hand has a hybrid approach and does not build the native apps which affect its performance in a bad way. There is a high chance of lag in performance due to too many callbacks.

Thus, overall React Native performs better than Ionic as an additional layer of Cordova plugins also slows down the t-shirt.

The above points explain the features, pros, and cons of both languages which decide their usage by the respective developers. Ionic App Development Company India masters in developing the app through an Ionic framework and ensures that it performs its best.

-Ionic is a very user-friendly framework for developing the mobile app in less time but has its issues in performance. For this very reason, react Native is more popular than Ionic.

-Selecting out of the above two, completely depends on your joys, experience, independence from the platform, access to the hardware features, etc. Thus, make a wise selection only by evaluating your needs.

I am Brijesh, a tech activist and avid blogger. My major concern is to educate people who are interested in technology. I am passionate about helping people in all aspects of SaaS solutions, online delivery business, digital marketing and other related topics that make tomorrow's world better. I am fond of writing useful and informative content that helps brands to grow business.