Samsung will be launching luxury Gear S2 in Berlin at IFA on Thursday, September 3rd. After a break of one year in the market for connecting watches, Korean Tech intends to come back with a finished product that can compete against its corporate rivals under android wear but also with the Apple Watch. It’s a pretty safe guess that the Gear S2 is running Tizen OS, first of the company with a circular screen. Today, now Miloseski Dennis, vice president of design department of USA Samsung shared a new picture of the watch on his wrist, on his Instagram account. 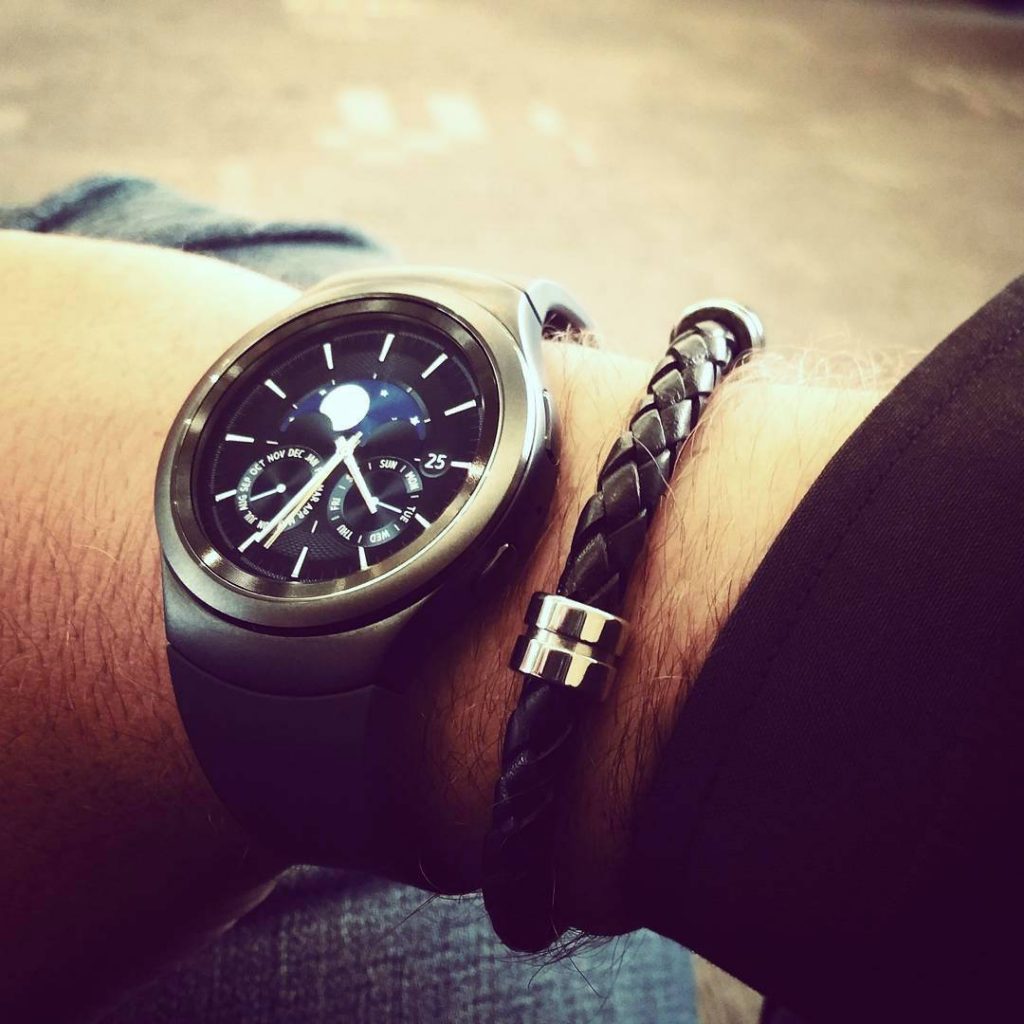 According to the Samsung S2 Gear would be “thinner than the Moto 360”, It is really beautiful with its dial and its metallic finishes look extremely neat. It reminds a bit the LG G Watch Urbane in some ways, but it seems a little thinner and a little more compact. In reality, it is very similar to a traditional watch

In terms of technical features, the watch sports a Super AMOLED screen with a resolution of 360 x 360 pixels and a quad core processor supported by 768 MB of RAM. We also find 4GB of internal storage,Coming to the connectivity WiFi 802.11 b / g / n, Bluetooth 4.1, 3G (optional) and a multitude of sensors, including a heart rate monitor, a GPS, a gyroscope and a barometer. There are references to health, weather, calls, and plenty of other features.

We also note the rigging system which is not conventional. Samsung has apparently opted for a techno owner and it also means it will not be possible to recover old bracelets to hang on the watch. Well, we always find two buttons on the right edge and the famous digital crown that encircles the dial.

As suggested by the design of the watch and the first screenshots of the interface of the S2 Gear, everything was centered around usability and user experience. By opting for Tizen, Samsung has really sought to stand out. The question is whether the next smartwatch will do better than its rivals Android Wear.