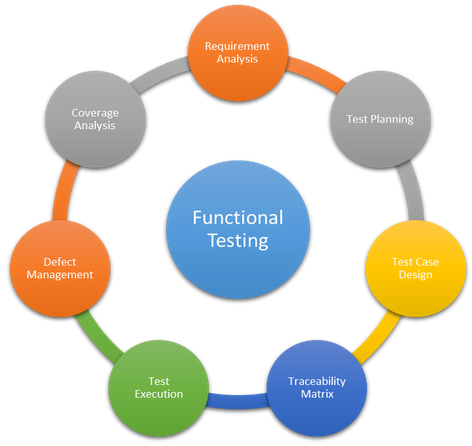 The world of technology is developing and so is the demand for different software in the market is increasing. Every day something new is budding which directly influences the demand that leads to more production of the particular software. Now, if you’re the manufacturer of the particular software, can you just manufacture it and send into the market? Of course not, because being sure about the functionality of the application is mandatory before releasing it into the market. Now, how will you check the functionality of the software? Well, in this context, the role of functional testing services take place. There are many companies that offer this testing service for various clients to ensure their software quality before circulating it into the market. No company will dare to offer their software without going through the testing service as their reputation depends on the quality of the software facilitated by them. Hence, functional testing service is very crucial that is followed by most of the companies for their goodwill in the industry.

What is Functional Testing Service?

This is one of the most efficient methods to authenticate the functionality and stability of an application. The best part of this service is that it takes place during the development phase as it immensely helps to rectify or modify any changes during the development stage and save the company from future mishaps if any. If the software has some glitches it can be altered at this stage that will save the company money and time. The functional testing service ensures a software’s capability to be used by the organizations. So, needless to say, that it’s an essential service that can’t be missed at any point.

What are the benefits of Functional Testing Service?

There is more than one benefit associated with this testing service. To know in details, keep reading below:

Firstly, any organization will follow this methodology to make sure of the functional capability of the software developed by them. They will check whether the software is fulfilling the company requirements or not. And if it lacks some features, this testing service will find out the cause and include it for better functionality. Most importantly, the functional testing service will also aware the developer with the code base through this test.

Secondly, this testing service also helps in verifying the status of the requirement that is met by the developers of the software. If a feature needs to be deleted or added, this test will indicate that to the developer and then he can make the changes accordingly. This aids the company from unnecessary changes in the future and also dissatisfaction after the software is developed.  In a word, it can save the organization from project failure and so on.

The above-mentioned pointers are the major reasons that are considered important for conducting this testing service. There isn’t a single organization that doesn’t run this testing service before releasing their work into the competitive world. This is because one error left untouched can bring a bad name to the company which is not desirable.