The City of Chicago is not the place that many Brits tend to think of when it comes to visiting the US and if that’s your case, you’re missing out!

Chicago is one of those cities which offers a staggering list of places to see and provides a somewhat more ‘average’ view of modern US life.

With a population of nearly 3 million people and the second most visited city in the US (which surprises a lot of people), one of things you’ll notice is just how beautiful and clean the city is.

The city offers a good mix for most tastes: so if you like cities, then Chicago has it. If you like to escape from the city, there’s a very healthy mix of nature too and especially since the city sits on the shores of Lake Michigan (one of the five great lakes in North America). And finally, if art is something you enjoy, then Chicago has a world-wide reputation and certainly a leading city in the US in the arts-space.

Like many large American cities, Chicago is big but to get a good feel for the city, three to four days is normally enough time to see most of the main sites.

As always, before travelling to the US, make sure you get your ESTA visa exemption either from the official government site or if you want some form of guarantee, you can also get your exemption from this ESTA visa site (there’s a useful and more comprehensive ESTA guide at the same site).

Also, don’t forget that getting health insurance for the US is essential since unfortunately, the US tends to be very expensive if you need medical attention.

With the bureaucracy out of the way, let’s have a brief look at three “don’t-miss” places you should visit whilst you’re in Chicago.

Chicago simply wouldn’t be Chicago without its famous architectural icons, waterways and bridges that weave through the city centre. To really see and ‘feel’ what Chicago is like, this one-hour boat trip is probably the first trip you should make. There are several companies operating and all of them offer plenty of fascinating commentary on the architectural wonders like the John Hancock and Old Post Office buildings. 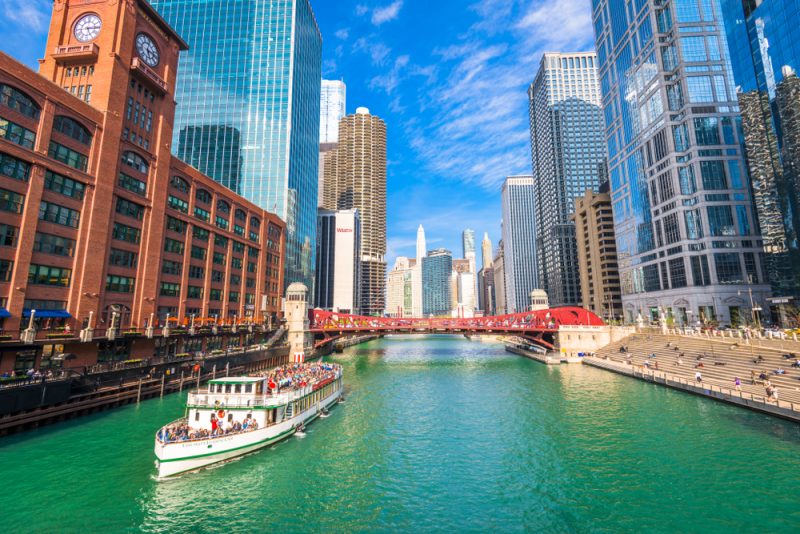 You will see why Chicago’s city planners are one of the most respected in the world because despite huge contrasts between old and new, the buildings seem to fit together in a natural yet very distinctive manner.

Somewhat akin to New York’s famous Central Park, these two parks are a delightful way to spend a lazy afternoon in Chicago but also conveniently located to some of Chicago’s top attractions. The parks are located right next to Lake Michigan with views to the city centre which, by the way, are not as intimidating as in New York. In the parks themselves, there are a number of places worth visiting along the way including the Art Institute of Chicago, Buckingham Fountain and the Chicago Museum Campus.

Museum of Science and Industry

This impressive building holds more the 35,000 artefacts and is an excellent representative of the city which has a diverse innovation background. The museum is somewhat eclectic in nature since the various exhibitions are quite diverse. 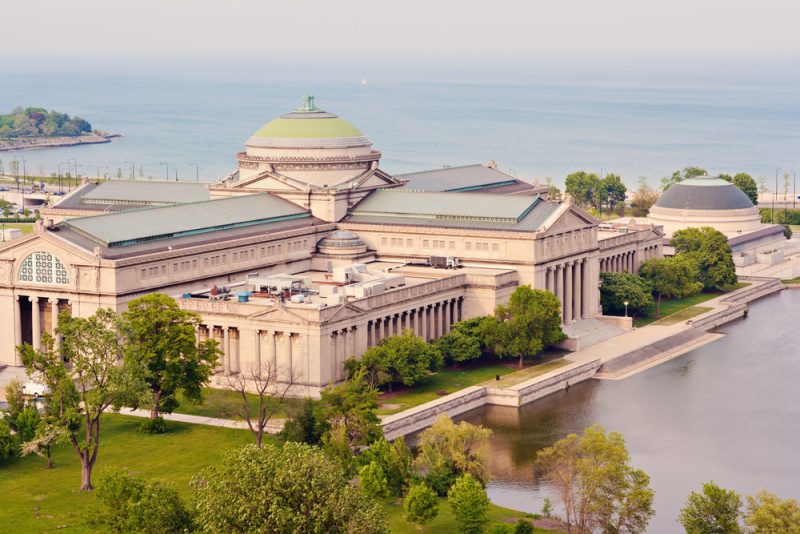 For example, it’s the location of the world’s only U505 German submarine which was captured in World War II. Then you have a mock but full-size coal mine where you literally take a lift and go down to see what it looks like and, it’s as real as you can get (without having to turn your clothes into a black outfit)!

Other famous exhibits includes Apollo 8’s Command Module, an interactive Genetics exhibition and a fascinating exploration of different aspects of natural science which includes a tsunami tank, a water vapor “tornado” and many others.

When you are visiting London, one thing you certainly won’t need to worry about is…