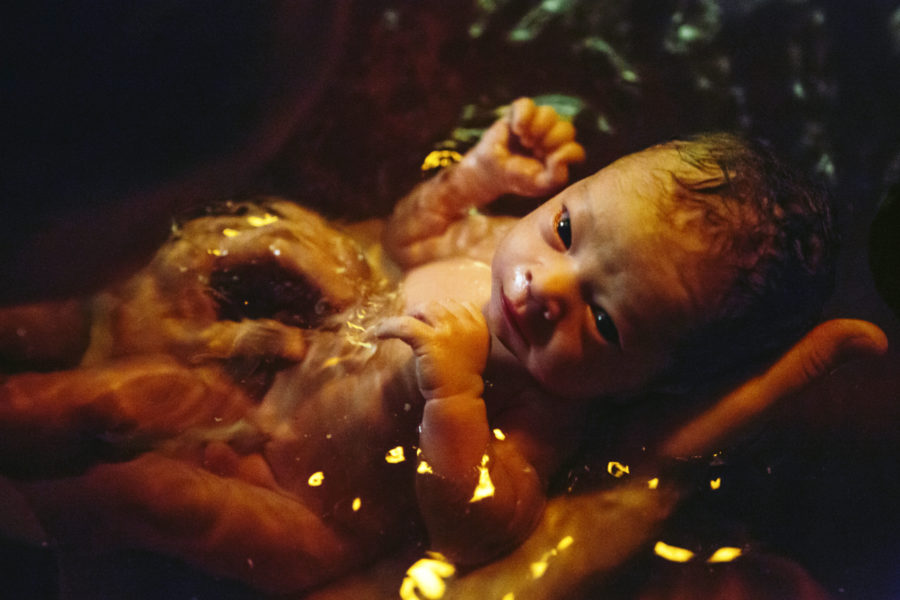 Caul birth is a rare occurrence. It also goes by the name of head helmet. In this form of birth an amniotic sac is attached to the head or the face of the baby. The striking feature of this birth is that it is on the rarer side, as the baby emerges from the sac that has a thin membrane which is attached to it. Once the birth happens to take place, the sac is detached  and it becomes stuck on the head of the baby. Normally the doctor tends to remove the sac without any major hiccups, but sometimes it gets stuck on the skin of the baby during the process of taking it off. What it does mean that the doctors would need to take a lot of care so that the skin of the baby is not peeled off.

There has been numerous theories floating around this type of birth and because of this reason one among 80,000 babies have this type of birth. Earlier if a mother was told that she had an En Caul Baby birth, it would be sending shivers down the spine. But it is harmless.

One of the widely popular beliefs associated with this form of birth is that you belong to the lucky category of people. Perhaps the reasons could be attributed to the fact that there are numerous interesting stories associated with the same as well. The midwives of Rome used to steal cauls and then sell them to the lawyers. They were of the opinion that if they had a caul with them the chances of losing a case was pretty rare. This was a belief which slowly began to spread to other countries of Europe. For example in a country like Dalmatia, if at the time of birth, if you had caul placed under a birth, then the process of passing away was considered to be a lot easy. In Belgium the caul was only regarded to be lucky if it was buried in the field.

From the discussion that has taken place till now, one thing is for sure that this form of birth is pretty rare and if you have a birth of this type you are considered to be very lucky. If you have a caul there is a strong theory floating around that you are immune to drowning. In the year 1939, a young boy went on to drown himself and the reason for it is that in the last year his mother had gone on to throw the caul away. A lot of sailors went on to retain the caul as they considered they cannot drown themselves if they had the caul with them.

So if you have a caul with you, then obviously there is some natural power which you are going to possess. But be aware of the fact that it is more of a natural type of birth and is all the more common when the baby is at a premature stage.

We’ve all been there, after Christmas or a particularly long all-inclusive holiday where you wake…

Eczema is one of the most stressful skin disorders that causes dry, itchy, and red…