For those that can’t help but dabble in a spot of delectable Indian cuisine on a regular basis, we may be preaching to the converted – but the food you might find in the Punjab region of India is pretty darn special. Although an endless stream of inventive and irresistible dishes have made their way to the UK from all over the Indian sub-continent, the dishes of the Punjab have proved to be some of the most popular specialities on the menu of your local curry house or favourite Indian takeaway.

Take, for instance, the succulent marinated meats of the Tandoor, glistening red with distinctively Indian spice; or that vegetarian stalwart, the tarka dal, a bowl of comforting warmth topped with an aromatic garnish.

There is no doubt that the Punjab is inextricably linked with food in the hearts of the people of India. The rich flavours, robust textures and heavy spices of Punjabi cuisine are unmistakable and the dishes of this part of India dominate the northern states. 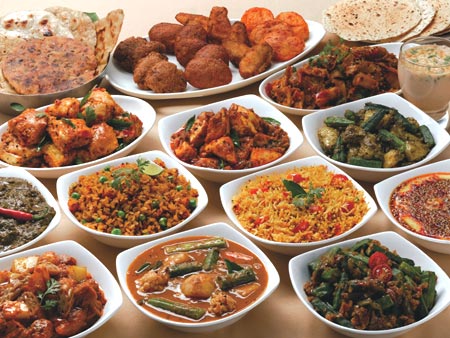 The Land of Milk and Honey

The fertile lands that make up the Punjab have earned the region the moniker ‘the land of milk and honey’. It is one of the largest producers of dairy in India and as a result, butter, ghee, curds and cream play an integral part in the Punjabi diet. Additionally, the region is a top producer of wheat – you will find a fine selection of flatbreads, particularly rotis and parathas, to be enjoyed in this part of the country.

The seemingly endless variety of ingredients which can be found throughout the Punjab has led to an extremely varied menu – perhaps this is one of the reasons that Punjabi cuisine is so popular all over the globe. Carnivores are delighted by the sumptuous selection of kebabs, Tandoori offerings and other meat-based specialities whilst vegetarians will rejoice in the inventive dishes based upon wholesome vegetables such as potatoes, cauliflower, okra and eggplant. The Influences of Punjabi Cuisine

The specialities of the Punjab bring together influences from a range of different cultures and depending which part of the state you visit, you can expect to sample food with its own distinctive flavour. An example of this is the cuisine of Peshawar with its strong influence from Afghanistan and Uzbekistan.

Of course, the partition of India and Pakistan also played its part in spreading the word of Punjabi food. Sadly, this was due to the many communities who were displaced by the political upheaval. However, once those people found their feet, they spread across the states, setting up roadside eateries and restaurants and bringing the delights of the Tandoor and other unique facets of their delicious cuisine to the rest of India.

Punjabi food is just one of the many sub-cuisines that together make up the mighty culinary tradition of the Indian sub-continent. A visit to one of London’s best Indian fine dining restaurants will reveal a number of specialities that draw inspiration from many of the best foodie hotspots of the country. Explore the exotic flavours of the east and book yourself a table today.