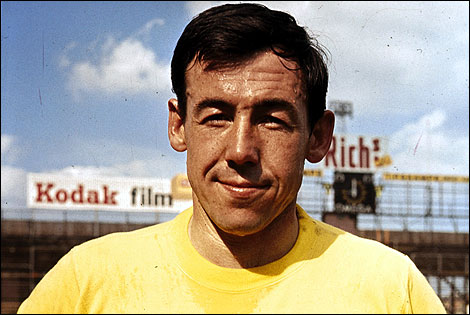 The Goal keeper is the first line of defence in any soccer team, they would normally stay within the penalty area and their main job is to stop the opposing team from scoring a goal and to keep the ball out of the net. The goalie wears a different colour top to his team mates so he is easily recognisable and clearly stands out.

The Centre-back, Sweeper and the Full-back are the next line of defence and their role is to support their team mates and stop the rival team from getting the ball near the goal and into the net. They would normally stay in the half of the field where their goal is that they are protecting.  Next in the line-up are the Mid-fielder, Centre midfield and Attacking midfield, they pass the ball forwards to the strikers and backwards if necessary to the defenders.  The aggressive attacking part of the team consists of the Forward, Centre forward, Striker and the Winger.  These players are nearest the opponent’s goal and their job is to get the ball into that net and score a goal. They can move quickly and have fast reflexes; they can use their feet and heads to get the ball into the goal. The ten outfield players are each assigned a particular position covering the defence, midfield and attack roles depending on the formation decided upon by the coach.  If you are looking for Soccer Training Videos to help with your game then go to https://www.sportplan.net/drills/Soccer/drills.jsp

England’s soccer team has been blessed over the years with some of the World’s best Goal keepers, some of the most famous names have included, Gordan Banks, he made his debut in 1966 and is widely recognised as possibly the best goalie ever to play for England.

Peter Shilton, who was capped (played for England) 125 times and had a 52.8% clean sheet percentage. David Seaman, who had his debut for the England side in 1988 and went on to set a national record of fifteen consecutive appearances. Ray Clemence,  he made his debut in the 1972 World Cup qualifier over Wales and achieved his first clean sheet, he continued as a regular member of the team for twelve years.  Ron Springett, his international career included 33 caps and four World cup appearances, he was also the first choice keeper for the 1962 World Cup in Chile. Chris Woods, who played sporadically for England from 1985 – 1992 but often found himself, second choice to Peter Shilton.  Euro 2004 saw David James start this international competition as first choice goalie, unfortunately he also featured in England’s 4-1 loss to Germany.  Paul Robinson’s finest hour came in the 2006 World Cup when he replaced David James as England’s first choice keeper and then went on to complete 41 appearances for the England team. Finally there is; Joe Hart, he has had more than 20 appearances for his Country even though he’s only been around a short time he’s made a big name for himself and has been praised for his strong performances and positive image on and off the pitch.