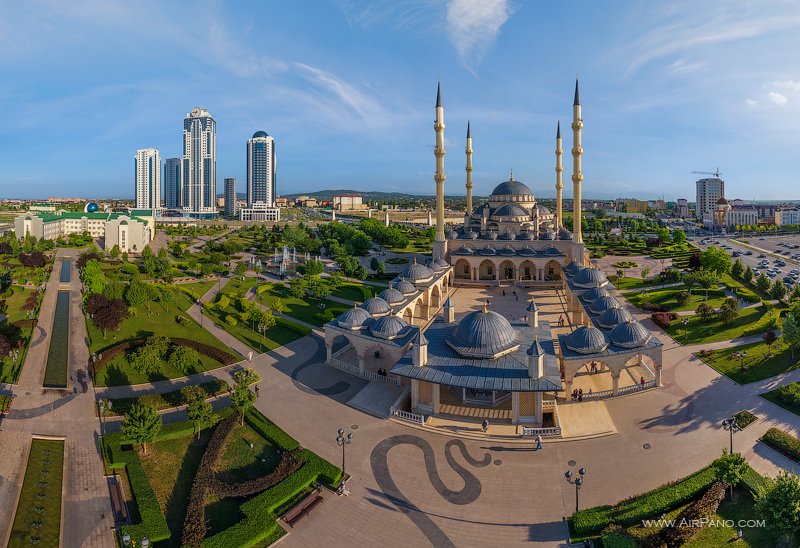 Mosques have always been a vital part of Muslim culture and history. As the Muslims spread all over the world, they brought with them, their architectural wisdom and glory. Today the whole world has such mosques constructed place to place.

The typical mosque architecture is quite impressive as it has the dome/domes with long minarets. Muslims offer prayers in these places, and that’s why great importance adheres to them.

Out of the world’s most beautiful mosques out there, we are here listing the top ten ones. The list starts with: 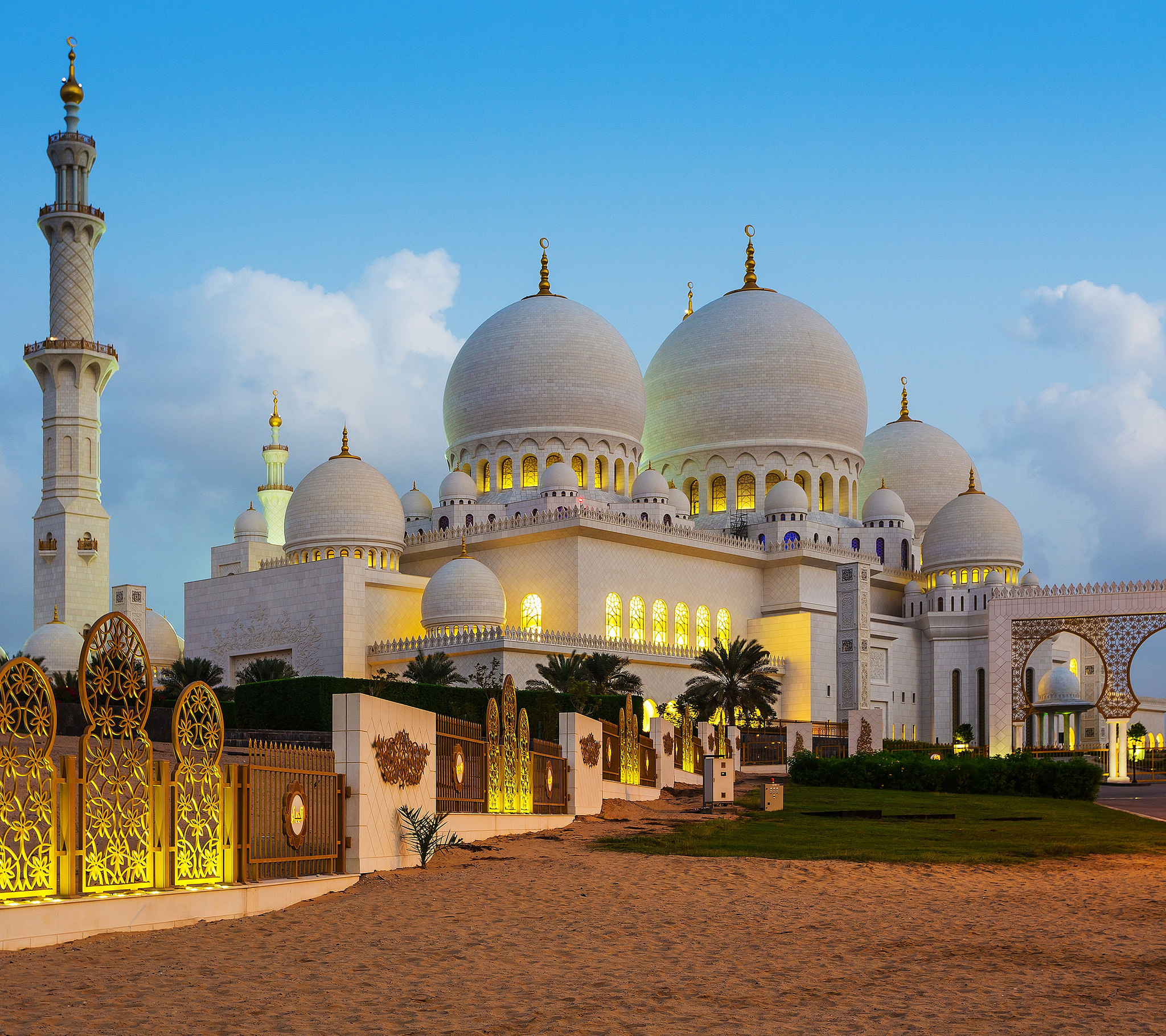 Abu Dhabi is famous for many different things. One of them the magnificent Shaikh Zayed Mosque. The prominent minarets and domes are depicting the true glory of Muslims, in the winds of Abu Dhabi. The mosque is a masterpiece of architecture as it has 82 domes with more than a thousand columns. The mosque offers a lot of more astonishing realities to tell. The chandeliers are one of the most unique and unseen as they are made up of 24-carat gold. Also, the world’s largest hand-knotted carpet is a part of this mosque. Italian and Greek marble is amplifying the beauty of its construction. 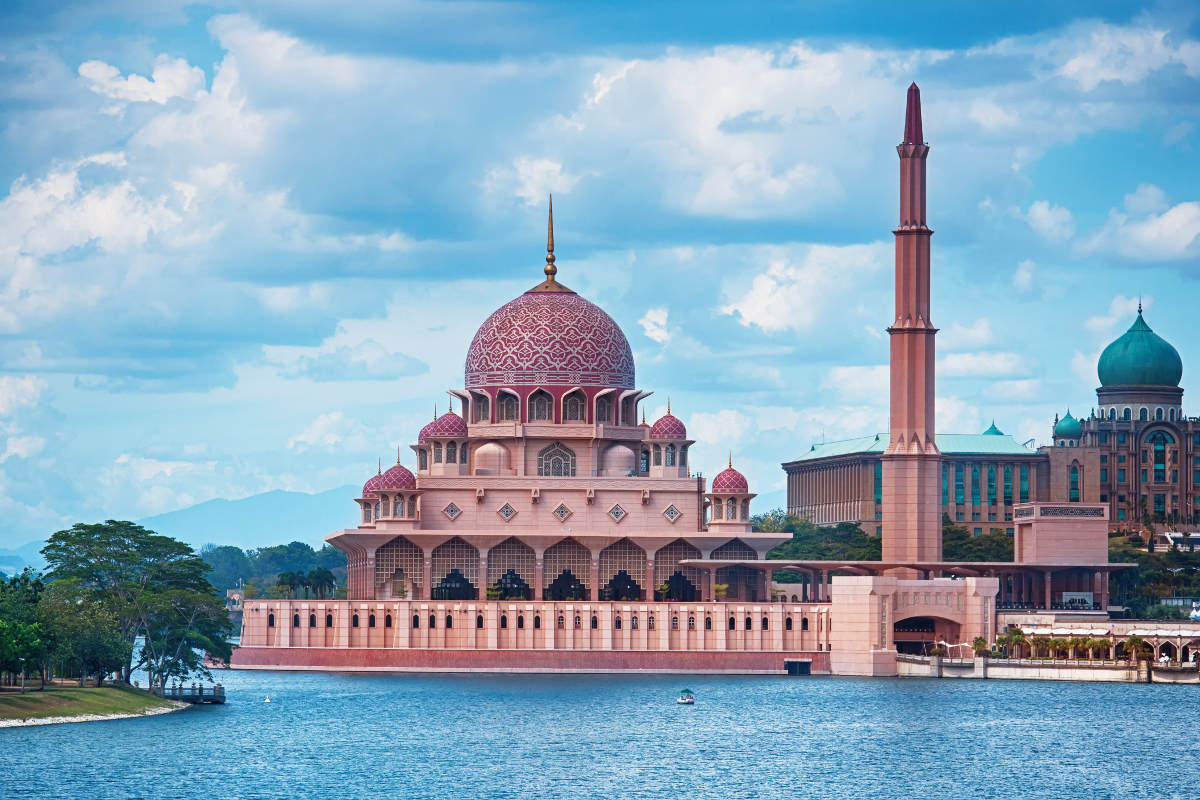 The rose-tinted granite, fixed with the middle east’s fabulous artistic architecture, is making Putra Mosque, one of the beautiful mosques in world. The stunning illustration on the walls and especially the dome adds to the beauty. The mosque has three major functional areas. They are the pray hall, courtyard and the education center. With extreme elegance, this mosque has become one of the top tourists’ points in Malaysia.

Turkey has a lot of varied histories wrapped into its architecture and streets. Hagia Sophia is also one of them. The old yet new building is a big tourist point from across the world. Massive dome in the diagonal of prominent four minarets gives the perfect view. Every corner of the interior is decorated with a gold mosaic on the ceiling. The colossal marble pillars are holding the structure. The big dome has forty windows beneath, that let sun rays to get inside and lighten the whole inside.

The mosque as a church before 6 Century and was later converted into a mosque in Muslim reign. 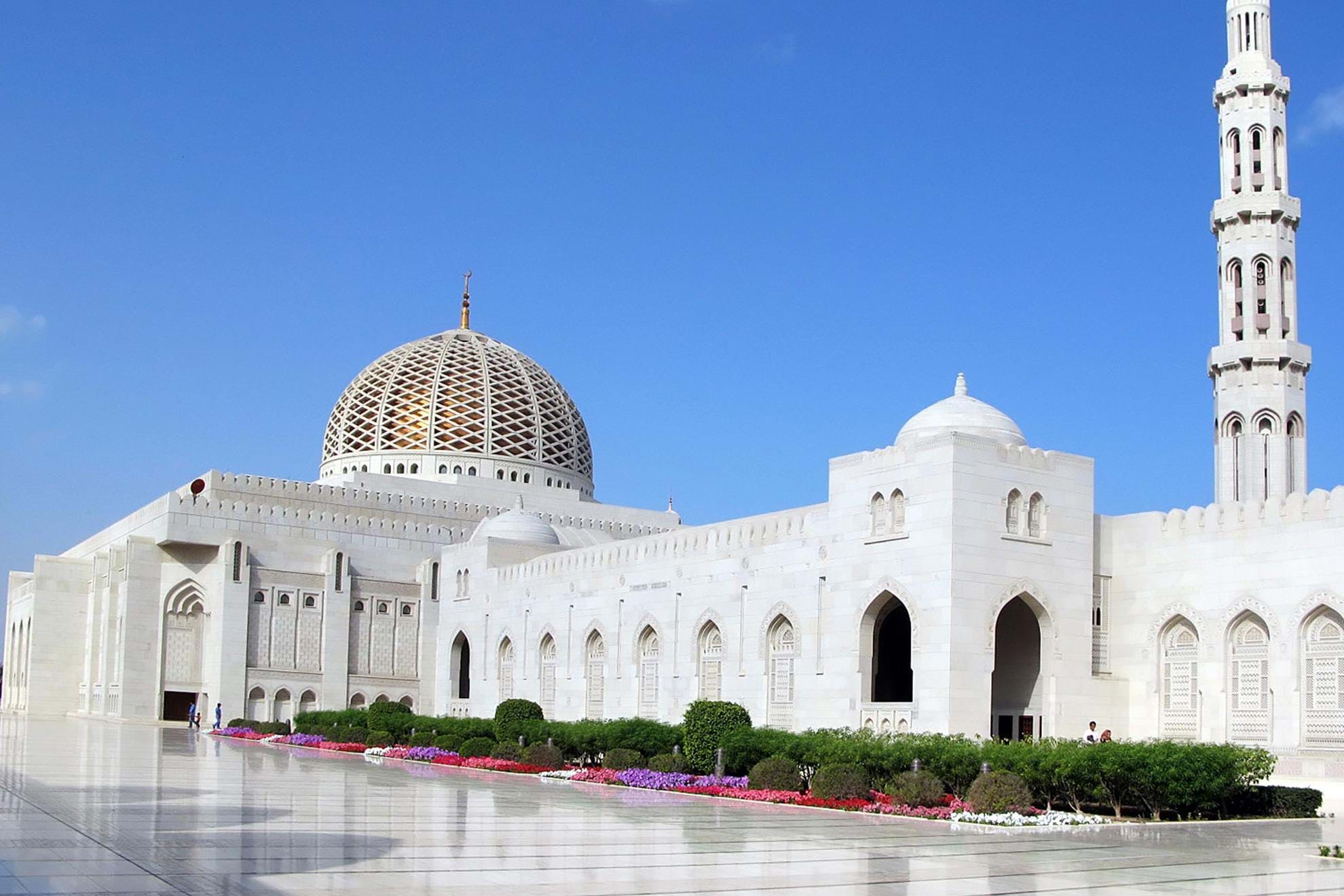 The most popular of Oman’s tourist spots is Sultan Qaboos Grand Mosque. The eye-catching artistry bore deep into the tourist’s hearts. Dark grey and white marble are covering the interior. The interior also has more than a thousand halogen lamps, 600,000 fine crystals, and the magnificent chandeliers. All this took four complete years to be constructed. After the Shaikh Zayed’s mosque carpet, the carpet of this mosque is recorded as the second largest hand-woven carpet in the world.

Also known as the “Iron Mosque”; the Tuanku Mizan Zain ul Abideen mosque is increasing the beauty of Putrajaya, Malaysia. This astonishing mosque is majorly made with steel. Almost more than 70% is the stainless steel construction that was imported from China and Germany. The structure also has the addition of beautiful glass to create more illusion from afar. It is no doubt the most beautiful mosque in Malaysia. If you ever heard or planned about going to Turkey. The Blue Mosque would be the first name you would come across. Also known as Sultan Ahmed Mosque, the Blue mosque is a marvel on earth. The artistic architecture with in-depth detailing and designing is something worth visiting. The mosque is made up of more than 20,000 blue tiles that give this bluish shade to the whole structure. There is a dome in the center that is supported by four half domes from four different locations. The six prominent minarets give a breath-taking sight in the night.

7- The Sacred Mosque of Makkah “Sacred mosque”, “The Great Mosque of Makkah”, “Masjid e Haram” etc. All these names refer to this one big mosque that is an important part of Islamic religion and Muslim culture. As the belief originated from this mosque, it adheres to great importance for this as well as the destination of Hajj done every year. The architecture is stunning that revolves around the black structure called Kaaba in between. The construction is done with big stone marbles and beautiful chandeliers.

Also knows as “Pink Mosque”, the Nasir ul Mulk mosque is an ordinary mosque from the exterior. The artistry is all in its interior. The arch gates add glory to the inner beauty with the stunning blue shining tiles. The structure has Koranic verses calligraphed on its wall and ceilings. The multi-colored glass windows give a vibrant shade to the interior. Beautiful Persian carpets and chandeliers provide a lot more beauty to the structure.

The mosque is the primary reason for tourists visiting Sheraz in Iran. 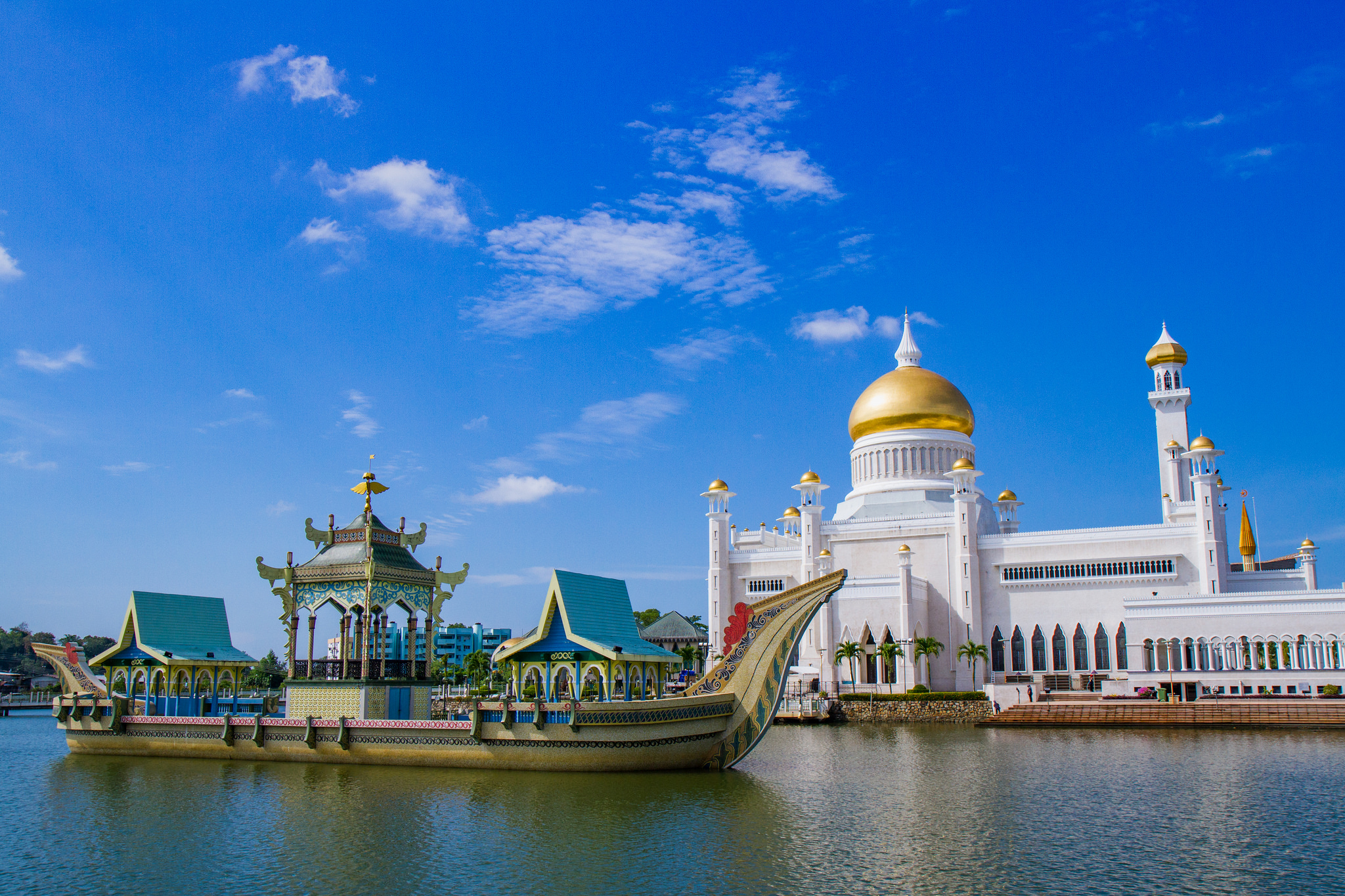 Located in Bandar Seri Begawan, Brunei; the Sultan Umar Ali Saifuddin Mosque is the big white structure standing with its noble architecture and big minarets. The mosque is surrounded by an artificial lagoon. The finest and shiny Italian marble is used inside the mosque for flooring. Not only this, the big dome is made up of gold that shines brightly in the sky. 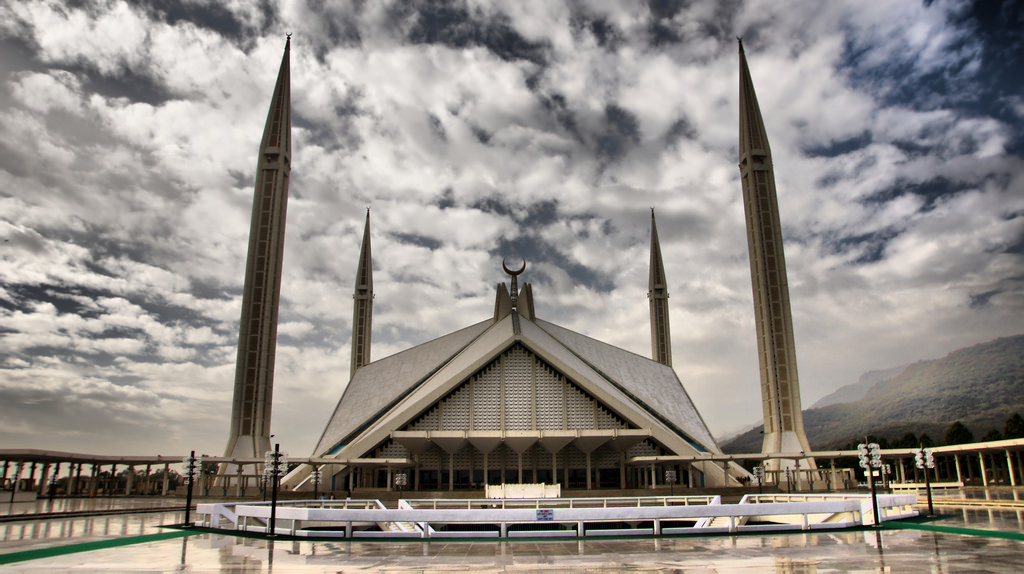 Located in the beautiful scenery of Islamabad, Pakistan. The Shah Faisal Mosque is a structure engaged in eight prominent minarets. The interior is made of cold marble with a big prayer hall in the center. The big chandeliers and open galleries give a beautiful view of the city and hills from it. Modern and Islamic architecture is blended into the construction of sloping roofs. The eye-popping and lengthy construction took six years to complete.

So, that is all about the largest and most beautiful mosques Worldwide. These stunning Mosques have the power to catch the eyes and win the hearts of the Muslims. The above mentioned information has been taken from prayertimenyc.com

When you talk about the remodeling ideas, no one can help you better than Sarah. With ample experience in the field and dedication to work has been a pro in increasing the aesthetic value of places. To stay updated with the ins and outs of remodeling, her articles are a must read.