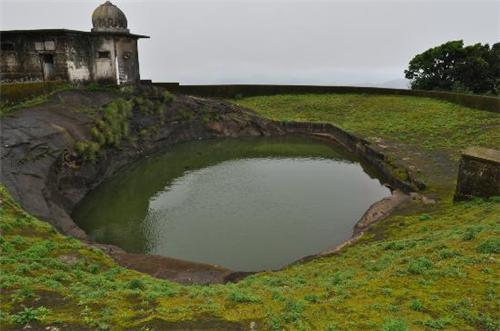 Shimoga is enclosed by green paddy fields. The district lies on the banks of Tunga River, thus making it a fertile land for cultivation. Shimoga is the cultural capital of Karnataka. The city was ruled by different rulers at the different points in history. The Kingdom of Mysore also ruled the city until the independence of India. A culturally rich city is also bestowed with natural beauty. Shimoga is a popular tourist destination amongst the South Indians. Slowly and steadily, it is gaining the national tourism fame. The wonderful environ and the waterfalls make Shimoga more attractive. It is the gateway to the hilly region of the western ghats. So, you can guess the beauty of the region.

Shimoga has the biggest betelnut market and it is also the rice bowl of Karnataka. Right from industry to agriculture, the city has everything. The name Shimoga is derived from Shiva-Mukha which means the ‘Face of Shiva’. Being the cultural capital of the city, it houses some of the major venues of the state and the Yakshangana, the dance drama is also widely performed throughout the city. A trip to Shimoga will enrich your knowledge of Karnataka’s culture. The scenic beauty is a treat to any traveller. There are enough hotels in Shimoga scattered throughout the city. So, you just need to plan and reach the city.

March is the start of summer and it is not a favourable time to visit the place. The temperature ranges between 20 degree Celsius to 30 degree Celsius. As heavy rainfall is the feature of the region, the monsoon is also not suitable fro exploring the city. Winters are beautiful and enjoyable after the heavy rainfall, the city looks elegant and the soothing climate is great for a long trip to the region.

Reaching Shimoga is not a problem as the city has its own domestic airport and scheduled flights connect New Delhi and Mumbai. Mangalore is the nearest International airport which is about 195 km away and regular flights connect with other major cities of the country and abroad. Shimoga Nagar railway station is connected to Bangalore, Mangalore, Hampi, Pune and Mumbai. Taxis and cabs are easily available outside the station which will take you to the city centre.

Jog Falls is the highest fall in India and for which the district is well-known. It is about 100 km away from the city. The Sharavti river falls from the height of 829 feet split into 4 small waterfalls which are a magnificent view. Jog Falls is surrounded with deep greens and it a real treat to witness the smoky environ and enjoy the splash of nature. Kodachari, Mattur, Sacred Heart Church, Bhatkal, Honnemaradu are some of the nearby places which will fulfil your Shimoga trip. You can hire a scooter and enjoy the countryside. The scenic beauty of the district is enough to rejuvenate your mind. As the city is well-developed, you can plan your stay at 3 star hotels in Shimoga as well. But make sure to book your room before you visit the place.

Dimpy Roy is a travel writer working with an Online Travel Guide. She guides travelers to various resources where they can find best hotels in Shimoga and choose the best one.